Five Signs your Company has Outgrown its Business Software 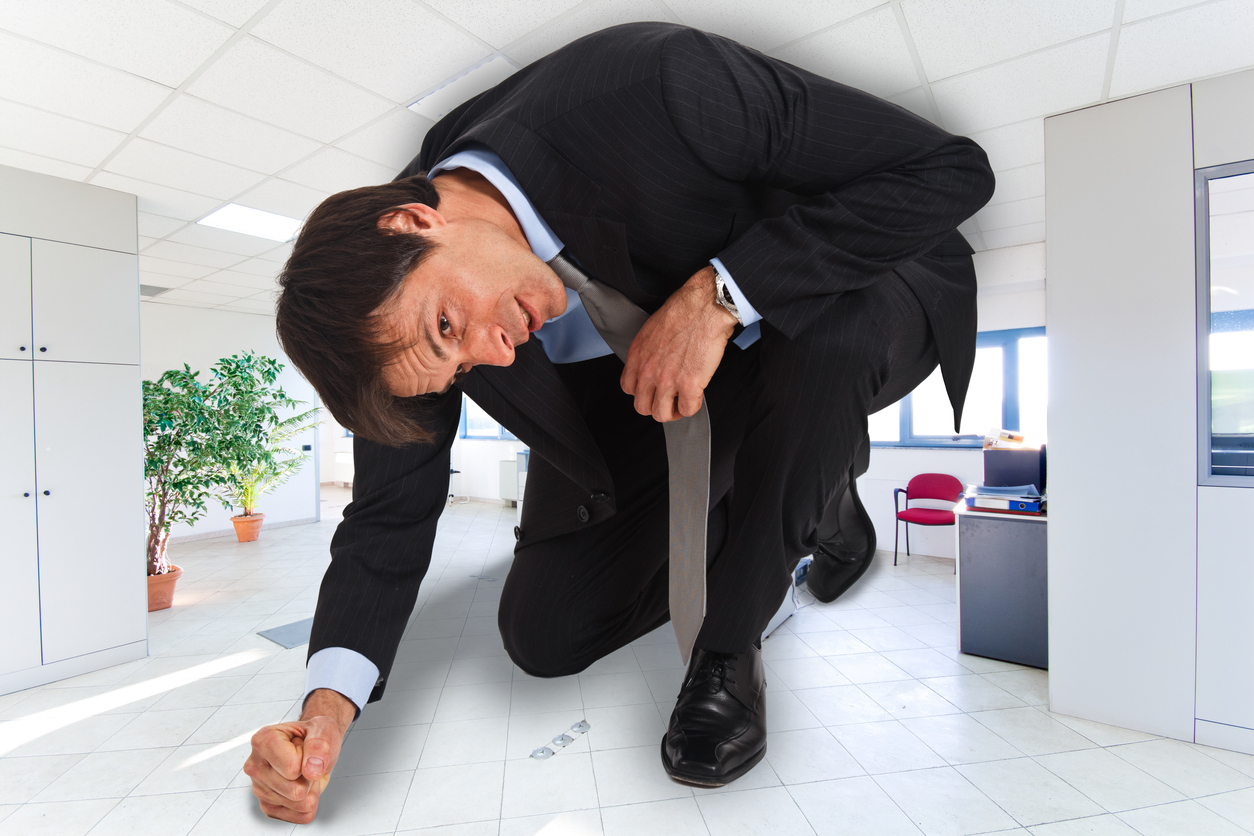 The business software that got your company to 5-10 employees is probably not going to scale to get you to 25, 50 or 100 employees.

As the company grows, senior executives start to get the sense that things aren’t working as smoothly & efficiently as they used to. The business starts to struggle under the weight of its own growing size and complexity and they realize that what worked in the past may not be adequate to support current requirements and future growth plans.

There are always competing objectives in a growing company, so you don’t want to invest in new business software before you have to. Having said that, you don’t want to wait until the business is on fire before you start making changes, because waiting too long may cost you profitability, customers, or good employees. So what are the signs that now is the time and not a year from now?

5 critical signs that your company has outgrown it’s existing business software and now is the right time to start making changes:

Senior Management keeps getting blindsided by unexpected shortfalls in bookings & revenue, project margin fluctuations and roller coaster billable utilization (great one month, not so great the next). These are all signs of one critical problem: that what your team thought was going to happen, didn’t happen, but you didn’t find out until it was too late to do anything about it.

This critical problem can usually be tied back to one root cause: silo’d data. A change in one department that might affect 4-5 other departments and the achievement of your targets, didn’t get effectively communicated to all affected stakeholders. Or the data in the reporting spreadsheet that came from 4-5 departments was out of date, and “the real data” didn’t get collected until month end.

Problem-check: If senior management isn’t finding out about critical changes until month end meetings, or worse yet in monthly financial statements, then that’s probably a good sign that “senior management real-time visibility into changes” is being obstructed by out of date & silo’d data.

Let’s look at a real-world example…Your team is on time and on budget in delivering a project for a Customer A. The customer loves the work your team is doing and has decided to expand the scope of the project and add two additional weeks of deliverables. That’s a good thing, right? Yes, but… five other departments just got affected.

1) Sales: The sales team was telling prospective customers that their project could start next week if they sign right now. By extending Customer A’s work, the earliest next new project start date is now three weeks from now.

2) Project Management: The next project in the que was scheduled to kick off next week, using resources from the current project. Now all of those resources need to be rescheduled and that customer informed of the delay.

3) Procurement: The equipment that was scheduled to be ordered for the next project needs to be delayed by two weeks so as not to tie up cash flow.

4) Invoicing Admin: The invoice for the current project that was scheduled to go out now, has now been delayed by two weeks and is going to include more deliverables.

5) Support: The support agreement that was scheduled to “go-live” for Customer A at the end of the current project now needs to be delayed by two weeks.

When critical changes like this are not well-communicated, departmental staff and customers can be negatively affected. In smaller companies people just yell critical updates about the two week delay across cubicle walls, or send e-mails, leave voice mails, or tell co-workers in the hallway or lunch room. But as the company gets larger and starts running multiple projects concurrently, it’s just a matter of time until a change doesn’t get communicated effectively and chaos ensues.

Many of these conflicts could be avoided if the right hand just knew what the left hand was doing.

Problem-check: If your team is constantly fighting fires and there is constant friction between departments about “whose fault” the dropped ball is, then that’s probably a good sign that “shared visibility into changes” is also being obstructed by departmentally disconnected business software & silo’d data.

No matter how efficient your business processes and business automation software is, the truth is you’re never going to eliminate ALL of the Excel spreadsheets, off-line reports, or manual processes. You just want to make sure that those are the exceptions, not the rule. Having said that, the more times your team is re-entering the same data and the more manual spreadsheets they have to create collecting data from multiple systems, the more likely data re-entry errors will result, productivity will suffer and time delays will occur.

Common areas of data re-entry would be:

The inefficiency and error prone aspect of data re-entry and the time delays between when data is changed in one system and updated in another system, can also impact departments when two departments are operating off of two different sets of what should be the same data set.

Problem-check: If your team is re-entering the same data more than twice, and time is being spent trying to determine which information is the “current” information and if those disconnects are causing delays in things like invoicing or customer service, then it may be time to consider making changes.

Changing business software does not need to be a painful ordeal, click here to download the Promys 20 Step “Easy Way” best practice Implementation Guide to find out more .

An often overlooked aspect of disconnected business software is the amount of time employees waste backtracking because the data they initially used wasn’t the “right” data. Typically, this is the result of two or more departments working off different sets of what should be the same data. Good, hardworking employees are basically wasting their time compensating for disconnected business software.

The duplicate time allocation initially doesn’t show up on senior management’s radar because employees are basically solving all the problems before they’re visible to the organization. They are basically identifying the “wrong” data and spending extra time (and frustration) finding, updating and correctly entering “the right data”.

Problem-check: Ask your employees: “What percentage of your time do you spend validating the data you’re working on to make sure it’s correct?” You might be shocked at the answer. If it’s more than 10%, then that’s a serious hit to productivity. Every minute that someone spends “redoing” their work is time that could have been spent doing something more productive to help the business grow. Doing work twice means getting half the work done correctly.

“Near misses” describe something bad that “almost” happened:

In most cases, the only reason it was an “almost” is because some hard working employee “caught” the pending mistake. The problem with frequent near misses, is mounting statistical likelihood that something will eventually slip through the cracks and the “almost” becomes a real profitability or customer service problem. “Near misses” often go unnoticed by senior management because operational employees are solving potential issues before they become actual problems.

Problem-check: Ask your employees: “How many times a month do you “catch” mistakes that would have turned into major problems?” If the answer is “more than a couple times”, then that’s just a profitability or customer service bomb that’s waiting to go off. Think about how negatively it would affect your business if your employees were not making all of these saves. It may be time to consider some changes.

If you’ve outgrown your business software, it may be time to implement more scaleable business automation software to help your employees become more efficient and effective

If you are seeing two or more of the critical signs above show up in your business on a consistent basis, then now might be the time to consider making a change.

There is never a convenient time for putting new business automation software in place, but there are “worse” times, like once you’ve lost your biggest customer, lost money on a large project, or had one of your best employees quit in frustration . Putting in new business software is always going to be a little disruptive, cost some money and require employees to learn how to do things differently.  But, the alternative of waiting until the business is on fire, is typically not an attractive option.

For most customers it is better to get in front of the problems outlined above rather than wait until it becomes a crisis.

Changing business software does not need to be a painful ordeal, click here to download the Promys 20 Step “Easy Way” best practice Implementation Guide to find out more .