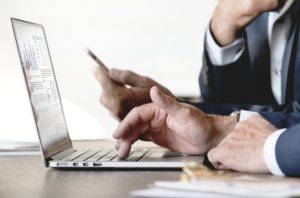 Experienced project managers know that managing project scope creep is one of the most critical aspects of hitting project on-time on budget deliverables and in minimizing project risk. Managing scope creep well vs. managing it poorly often determines your customer’s ultimate satisfaction and your company’s likelihood of getting repeat business.

Managing scope creep can be the deciding factor in:

On the surface, some of these may feel true, but drill a little deeper and they’re soon exposed as the myths that they are.

Scope Creep Myth #1: Project scope creep is something stealthy that sneaks up on project managers.

This is one of my favorites. It’s like project scope creep has some kind of invisibility shield around it and everyone is so surprised when it ultimately appears out of thin air (usually towards the end of a project). Make no mistake, projects have a lot of moving parts for project managers to manage, especially larger projects.

But, a good project manager should never be surprised if their project starts to go sideways due to un-funded scope changes. If most project managers are honest, they’ll tell you that it’s not that the scope changes weren’t visible, it’s just that no individual change was viewed as significant. So, it wasn’t until they got to the end of the project that they realized the accumulated impact of the un-funded scope creep changes.

Scope Creep Truth #1: A formal scope change management process should be used consistently for everything out-of-scope.

To manage scope creep effectively, it’s crucial to have a formal change/change management process and to consistently follow and enforce it. A scope change process that is only followed at the discretion of the project manager (when they feel that something significant happens) leaves the project susceptible to scope creep surprises at the end of the project. The problem was there all along but no one formally kept track of it, or the accumulated impact of all those ‘little’ changes. Putting specific dollar thresholds and/or change criteria in place, and tracking both internal (oops we forgot something) and external change orders (customer changed the scope)  is the only way to ensure the scope change process is followed consistently and that the appropriate visibility is maintained.  Having an effective change management process is also puts you in a position to cycle relevant implementation lessons learned back into  the quoting process.

If your project manager gets surprised by project scope creep towards the end of the project, it’s often because they were managing the project against a ceiling total hours or dollars budget. The “oh-oh” epiphany comes when there’s 20% of the project deliverables left, but only 10% of the hours/dollars budget remaining and it’s too late for any meaningful corrective action. This often occurs when the project wasn’t broken down ahead of time into meaningful sub-tasks or sub-buckets of resource hours (Design, Configuration/Testing, Implementation) in order to help PM’s track early stage project actual vs. estimated costs and find out early if things are headed sideways, so they can take corrective action.

The challenge occurs when project managers are not provided with the automation tools to collect and track actual project labor hours and materials consumption in real time. Without meaningful project phase or mid-project cost against budget visibility, the project manager is essentially driving the project “car” while looking out the rear window and they only finding out they’re in trouble once they crash.

Scope Creep Truth #2: In order to hold project managers accountable for consistently achieving project target margins, you must provide them with the tools or resources to monitor mid-project cost against budget performance in near real-time. This is the only way to make it feasible for them to effectively manage project scope creep.

Breaking down the overall bucket of project hours into meaningful sub-buckets or phases means 3 things for scope creep management:

The truth is, it’s just not feasible to expect project managers to manually collect and document project actuals with any regularity or accuracy, while juggling all the other balls they’re responsible for keeping in the air, in order for them to stay on top of interim project cost/budget performance. Providing project managers with proper job costing support resources and/or automation tools is the only way to properly address this issue.

Scope Creep Myth #3: Project scope creep only occurs when customers try to surreptitiously add to the project deliverables within the same project budget.

This is my second favorite myth – those sneaky customers are always trying to get away with adding extra project scope deliverables without paying for them. There are always going to be some customers who do push the boundaries. However, when project scope creep does occur, it’s not unusual for as much as half of the scope creep items are the result of not tracking internally-initiated changes that the customer had no involvement in.

This often occurs when something was overlooked from the original quote or estimate, or when a product substitution is necessary due to fit or discontinuation. Internal change orders can have a major impact on project cost. However, because these changes are now viewed as unavoidable, the project manager feels like:

The problem with not properly documenting internal change orders is exactly the same as Scope Creep Truth #2: no visibility of cost impact, inability to identify the source of scope creep and no opportunity to cycle lessons learned back into the quoting process.

Best practices to enable effective scope creep management means that every change that meets the scope change criteria has to be documented and approved, whether the change originated internally or from the customer.

The challenge with this myth is that, on the surface, it sounds true. There are many changes during the course of a project and tracking every single change is a bit of a pain.

Scope Creep Truth #4: Tracking scope creeping during the project is far less painful than a doing a post-mortem on a project that went terribly wrong.

Doing a forensic audit after the fact on a project that went off the rails and trying to determine after the fact what caused the project to fail (with missing, partial or scattered documentation) is not only very destructive to company morale and customer satisfaction, it it’s also a very expensive and ineffective way to engage in continuous improvement.

Ultimately, the time it takes to track every change that meets the change management criteria, is a significantly less time consuming and more effective way to manage scope creep & engage in continuous improvement, than performing a posthumous project profitability analysis and audit after the project has ‘died’. And, more importantly, it leads to much higher customer satisfaction and likelihood of repeat business.

Scope Creep Myth #5: Project scope creep controls will make customers will feel “nickeled and dimed” and they’ll get upset if every change requires a change request.

This particular scope creep myth seems particularly prevalent in the technology industry. If I buy a new home, I expect to negotiate during the sales process to get the bang for my buck, but once delivery starts, it would never occur to me to expect the vendor to deliver hardwood floors at the same price as the laminate I contractually agreed on. Yet for some reason in the technology industry that perspective often goes out the window.

Scope Creep Truth #5: You didn’t sell the customer an all-you-can eat buffet. Your teams work has value, so of course you should be charging for out of scope requests.

Including a customer scope change request at no charge within the existing project scope budget is essentially the same as discounting your project after the fact. The worst part is that once you’ve thrown in the first item, customer expectations have been set. It becomes harder to introduce customer change orders with additional cost attached.

Realize this: from all the different vendor and solution options the customer had to choose from, they chose your solution because it represented the most value. Nothing has changed just because you’ve started the implementation. If you’re going to add even more value, you should be charging for it. A formal change order process lets the customer know that you continue to see value in what you offer and anything extra has value as well.

This also helps control the project from scope creeping. If all kinds of scope changes are free, then there’s nothing to stop the customer from loading their plate like an all-you-can- eat buffet and coming back for more. But if everything they put on their plate has an additional cost associated with it, then they’ll be significantly more selective about what they add, which allows your project manager to control the project scope and make it more likely for the project to be on-time and on-budget.

Is successfully managing scope creep a mystery? Not at all!

It just requires that your team let go of some common scope creep myths and implements a proper scope management business process and some best practices, along with the right tools, and diligence to consistently follow those processes every, single time.